The Santa Parade in Mount Clemens is held the day following Thanksgiving. The event ushers in the holiday season with an appearance from Santa, as well as music, marching bands, and floats.

You will be delighted to learn that one of your favorite actors hails from Mount Clemens. Dean Cain who plays the role of Superman and Clark Kent in the TV series Lois & Clark is a Mount Clemens native. The television sportscaster Dick Enberg is also a Mount Clemens native. Dick Enberg has worked at CBS, ESPN, and NBC. He started his career calling LA Angels baseball and LA Rams Football games. Currently, he calls play-by-play for MLB’s San Diego Padres. Another famous person from Mount Clemens is Mathew Shafer, also known as Uncle Kracker. Uncle Kracker’s music career dates back to 1994 when Kid Rock invited him to his band. In 2000, Uncle Kracker released his debut album and continues to do tours across the country to date.

Some of the most delightful historical places in Mount Clemens include the Crocker House, St. Joseph Sanitarium and Bath House, Carnegie Library, and St. Mary’s School.

The Crocker House was built in 1869 by Joshua Dickinson, Mount Clemens’ first mayor, and is named after George Crocker who moved into the establishment the following year. Following Dickinson’s demise, George Crocker became his successor. In 1908, the house was relocated so that a post office could be established. However, the family continued to reside in the house until 1921. In 1975, the Historical Society of Macomb rescued the Crocker House from Destruction, and the house is presently a museum of local history.

Established in 1899, Saint Joseph Sanitarium & Bath House is Mount Clemens’ only remaining bathhouse. The bathhouse was designed by renowned architect Theophilus Van Damme, and comprised a budget of more than $175000.

St. Mary’s School was built in 1870, following the instructions of Father Camillus Maes of a local Parish. It was Mount Clemens and Macomb County’s first catholic learning institution. In the school’s initial year, 3 nuns were appointed to cater to the education of 80 students.… 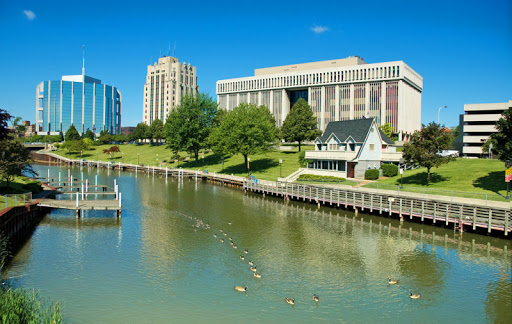 As the mineral bath industry in Mount Clemens was becoming famous, another industry was growing that catapulted the region to national attention once more. From 1880, until twenty years after the First World War, there were 10 major growers of rose with more than thirty acres under glass. At some point, Mount Clemens became synonymous with the rose industry and was referred to as America’s Rose Capital.

The Clinton River was crucial to the development of Mount Clemens. From the initial settlement until the mid-1900s, citizens of Mount Clemens hunted, trapped, and fished along the banks of the Clinton River. Boat repair and building businesses prospered along the river. One of the boat builders in the region was the Hacker Boat Company, famous for building the Hacker-Craft. Very soon, boat companies were building commercial ships that were almost 200 ft long.

After the Second World War, a group of futuristic residents started what would become a 9-year journey of the City Charter’s reformation. From 1919 until this point, Mount Clemens had been governed by a Mayor and 4 elected commissioners. On 5th April 1954, a new City Charter was passed. The new City Charter called for a Mayor, 6 commissioners elected at large, and a City Manager type of government.

The importance of this political reform quickly became apparent with the physical reform that followed. In the Fifties and Sixties, there were several urban renewal projects in the old city that significantly changed the appearance of Mount Clemens. Recent downtown and riverfront developments such as a boardwalk, landscaping, and a marina enhanced the attractiveness of Mount Clemens. As one of the oldest cities and County Seat of Michigan, Mount Clemens remains a judicial and financial center. The city prides itself as a fine residential area, and its business people and residents are proud of Mount Clemens’ famous, elegant history and are enthusiastic about the region’s future.

Every year, there are various exciting events in Mount Clemens. The most famous of these events include the New Year’s Eve celebrations, Independence Day celebrations, an Art Fair, and the Santa Parade.

Every year during New Year’s Eve, Mount Clemens hosts a lively and delightful Gala that the city’s residents look forward to all year long. The Gala features firework displays, fun family activities, as well as live entertainment to usher in the New Year.

Every 4th of July, millions of people across the United States host various events to celebrate the birth of America. The situation is no different for Mount Clemens. Each year towards the end of June, Mount Clemens puts on a spectacular fireworks display for the entire County of Macomb. The firework display starts at about 10 pm after live entertainment.

Another event that citizens look forward to in Mount Clemens, is the annual Art Fair. During the event, artists from various media and styles come together to showcase their talents. These media include jewelry, paintings, ceramics, and much more.… 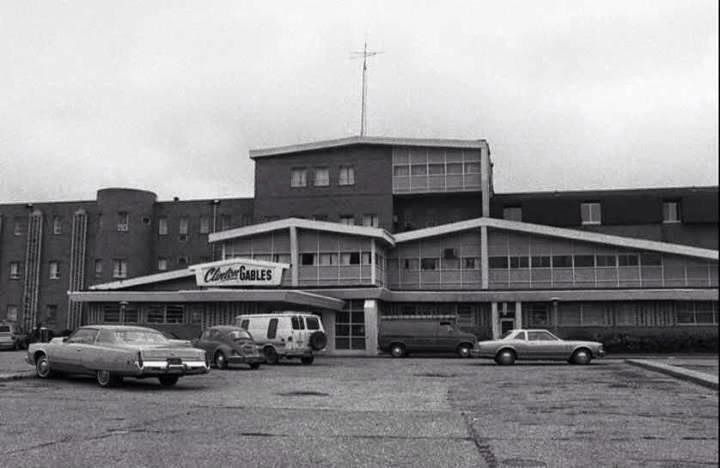 Established in 1818, Mount Clemens is a city in Michigan’s Macomb County. Mount Clement lies along River Clinton close to its mouth on Lake Saint Clair, just northeast of Detroit. The region’s permanent settlement can be traced back to 1795, and in 1818 Christian Clemens laid out the town. Glassmaking and cooperage were some of the region’s economic activities. In 1873, sulfurous health springs began to attract bathers to Mount Clemens. After the founding of Mount Clemens, the region quickly established a reputation for itself as one of the best pottery makers in the United States. Throughout the better part of the Twentieth Century, Mount Clemens was one of the biggest producers of greenhouse roses in the florist scene. By the late nineties, both industries had left Mount Clemens. Currently, manufacturers include food products, auto parts, and model trains. Selfridge Air National Guard Base, located to the east of Mount Clemens has an army aviation museum with aircraft that dates back to the 1920s. The region also once hosted one of the greatest inventors in American history, Thomas Alva Edison. It was at the Grand Trunk Station that the young Edison became acquainted with telegraphy. Mount Clemens became a village in 1837, and later a city in 1879. By 2000, Mount Clemens’ population had grown to 17312, and a subsequent census in 2010 found that there were 16314 people living in the region.